We welcome your inquiries and comments! 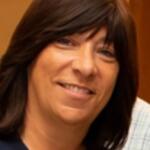 A graduate of Stern College, Stephanie worked as a registered nurse at a NJ hospital before moving with her family to Israel and joining the YU Israel staff in 2005. She served initially as an admissions coordinator on the S. Daniel Abraham Israel Program staff and became the department's Director in 2011, a position she holds today. In her role, she has implemented new programs and initiatives for that division contributing to increased enrollment of students to YU throughout the years. Stephanie and the team dedicate themselves to building relationships with students and schools on the program and collaborate with the NY admissions team to enable more students to attend Yeshiva University.

In early 2014, Stephanie became the Executive Director of Yeshiva University in Israel, where she and her administrative team have oversight for all of Yeshiva University's activities in Israel. In addition to managing the SDAIP recruitment work, her team provides support services for several divisions of YU, maintains our Jerusalem campus, and implements programs for visiting YU students as well as for alumni in Israel.

Stephanie and her team are charged with implementing Yeshiva University's forward vision and strategies for Israel operations, and for enhancing our contribution and presence in Israeli society.

Chavi arrived in Israel in 2005 to study in Midreshet Moriah and made aliyah in 2007. She joined the finance and administrative staff at Yeshiva University in Israel in 2016 after working at the Jewish Agency with the Netiv conversion program. Chavi is studying education at the David Yellin College for Education. She lives in Jerusalem with her husband Natan. 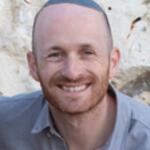 Gabi is the Israel Program Director for Yeshiva University. He lives in Leshem with his wife and five children. He studied at Yeshiva University before joining the IDF and currently serves as a Lieutenant Officer in a combat branch of the Military Rabbinate, Division 340, of the IDF reserves. He also worked as a Security Manager in Israel’s Ben Gurion International Airport for eight years. Gabi has a B.A. in Education and a teaching license issued by Israel’s Ministry of Education.