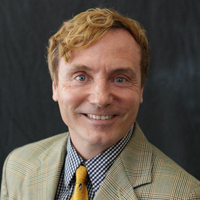 Michael Gill joined Ferkauf Graduate School of Psychology in 1989 after completing service as a Peace Corps volunteer. He received his degrees from the University of Scranton (BS) and Ohio State University (MA) and is a Licensed Mental Health Counselor (LMHC). His background is in counseling psychology and business management. Gill has served as program director for the MA program since 1995 and developed the Mental Health Counseling program in 2005, making Ferkauf one of the first programs in New York City to offer the new LMHC licensure eligible program. He is an active member of the New York State Mental Health Counselor’s Association. His specialties are career counseling, professional identity development and supervised field placements. Gill received a 1987 Beyond War Award. He is an avid traveler and has now visited all seven continents and over 100 countries.