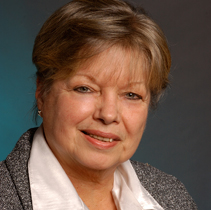 Professor Bevan’s research concerns the prospects for and dimensions of a Euro-American partnership and the role of this Transatlantic alliance in a multipolar global world.

Professor Bevan has received a German Academic Exchange Service Fellowship, Fulbright Faculty Fellowship, IREX (State Department) Short Term Grant, an Earhart Fellowship, and a National Endowment for the Humanities Fellowship. She has been a fellow of the Schusterman Center for Israel Studies at Brandeis University and an Oxford University Round Table Participant.

Professor Bevan’s publications have emphasized the political impact of political ideas like human rights, globalism, postmoderns in the Western democracies, with emphasis on Europe, on the relations between the United States and Europe and on the role of Europe, with the United States, in the emerging global order.