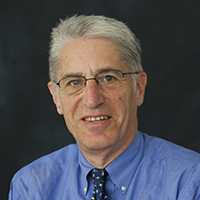 Professor Jeffrey S. Gurock is Libby M. Klaperman Professor of Jewish History at Yeshiva University and former chair of the Academic Council of the American Jewish Historical Society. Gurock served from 1982 to 2002 as associate editor of AMERICAN JEWISH HISTORY, the leading academic journal in that field. He is the author or editor of eighteen books. His works include A MODERN HERETIC AND A TRADITIONAL COMMUNITY: MORDECAI M. KAPLAN, ORTHODOXY AND AMERICAN JUDAISM (Columbia U. Press, 1997). In 1998, A MODERN HERETIC... was awarded the bi-annual Saul Viener Prize from the American Jewish Historical Society for the best book written in that field. Gurock's book, JEWS IN, GOTHAM: NEW YORK JEWS AND THEIR CHANGING CITY ( NYU Press, 2012) received the “Book of the Year Award” from the National Jewish Book Council. His most recent book is THE JEWS OF HARLEM:THE RISE, DECLINE AND REVIVAL OF A JEWISH COMMUNITY (NYU Press, 2016).