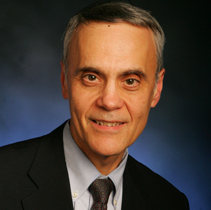 Professor of Bible and Cuneiform Studies

Prior to his appointment at YU, he served as a professor of Assyriology at the University of Pennsylvania for 40 years in the Department of Near Eastern Languages & Civilizations and as a curator of the Babylonian Tablet Collection of University's Museum of Archaeology and Anthropology. Eichler founded Penn’s Jewish Studies Program and served as its chair (1982-1995).

Eichler's major research and teaching interests focus on cultural inter-relationships between biblical and ancient Near Eastern civilizations, with primary interest in the field of ancient law. He has taught Mesopotamian, Biblical and Jewish law at the Penn Law School. His other major area of interest is Mesopotamian literature and lexicography, which related directly to the NEH funded Pennsylvania Sumerian Dictionary Project.

Eichler has held fellowships at Yale University, the Hebrew University in Jerusalem, and Penn's Center for Advanced Jewish Studies. He has been the recipient of research grants from the Council of Learned Societies and the University Research Foundation.