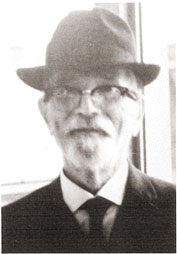 Rabbi David Rackman was born in Halosk. He received his rabbinical training from his father and, afterwards, from Rabbi Boruch Dov Leibowitz zt”l, when his yeshiva was in Halosk. From there he traveled to Slobodka to learn with Rabbi Isser Zalman Meltzer zt”l. He received semikhah from Rabbi Meltzer as well as from the Ridbaz zt”l.

In 1905, he arrived in America and, in 1907, was appointed a rosh yeshiva at Rabbi Isaac Elchanan Theological Seminar. He taught there for two years and then settled in Albany, New York, where he entered the business world.

Rabbi Rackman did not wish to use the rabbinate as the means of his support. He was very successful in his business but he remained no less diligent in his Torah study and wrote chiddushei Torah which he published in various Torah journals.