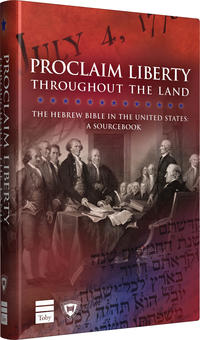 Proclaim Liberty Throughout the Land: The Hebrew Bible in the United States: A Sourcebook

The Zahava and Moshael J. Straus Center for Torah and Western Thought at Yeshiva University is proud to announce the publishing of Proclaim Liberty Throughout the Land: The Hebrew Bible in the United States: A Sourcebook (YU Straus Center/Toby Press). This sourcebook, the first of its kind, assembles foundational documents of American history side by side with the biblical verses that inspired them, and allows the reader to learn how impactful the Hebrew Bible has been on the American idea. The volume was edited by Rabbi Dr. Meir Soloveichik (the Center’s director), Rabbi Dr. Stuart W. Halpern (the Center’s senior program officer), Dr. Matthew Holbreich (a resident scholar at the Center) and Dr. Jonathan Silver (a senior director at the Tikvah Fund). The editors’ selections of source material, including sermons, letters and seminal presidential addresses, demonstrate that the American Republic and the entirety of its history has been accompanied by the music of the Hebrew Bible, serving as a primary source of political and cultural vocabulary in the minds of the Puritan settlers, revolutionaries, African slaves, leaders of the civil rights movement and the broader population. 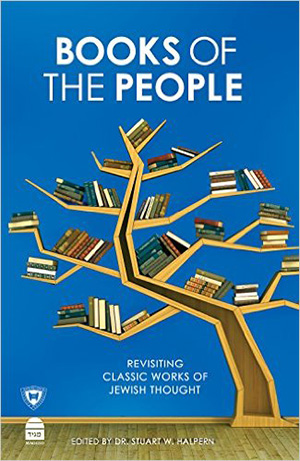 Books of the People: Revisiting Classic Works of Jewish Thought

The Jews have ever been a people molded by the written word. It is no coincidence, therefore, that certain texts have come to play key roles in the continuum of Jewish discourse. Books of the People: Revisiting Classic Works of Jewish Thought presents ten foundational books written between the tenth and the twentieth centuries that have dramatically influenced the development of Jewish thought, examined by contemporary scholars of Jewish studies. Each scholar revisits a particularly salient work and discusses its themes, its historical context, the circumstances and background of its author, and its relevance to contemporary society. 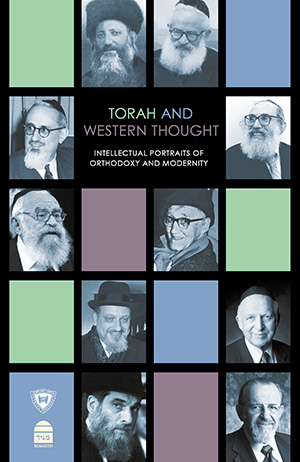 Torah and Western Thought: Intellectual Portraits of Orthodoxy and Modernity

Even as the twentieth century will be remembered for the West's loss of faith, Jewish Orthodoxy experienced in that very time a golden age of leaders and teachers who sought to bridge the world of Torah and that of the West. Some of these Torah figures were deeply impacted by an academic field, such as philosophy or literature. Others developed a Torah-based perspective on developments within the West, such as the rise of Zionism, democracy, or biotechnology. Still others reflected on the very nature of religious knowledge. The Straus Center for Torah and Western Thought at Yeshiva University invited twenty-first century thinkers to paint intellectual portraits of these luminaries, illustrating how each figure bridged the worlds of Torah and the West in a unique way. The essays are meant to inspire Orthodox Jews and all intellectually engaged individuals of faith to learn from the lives of these luminaries, and to have the courage to bridge these worlds as well. Great thinkers examined in this volume include Rabbi Yehuda Amital, Rabbi Yitzchak Herzog, Rabbi Immanuel Jakobovits, Rabbi Avraham Yitzhak Kook, Rabbi Dr. Norman Lamm, Prof. Nechama Leibowitz, Rabbi Dr. Aharon Lichtenstein, Rabbi Ahron Soloveichik, Rabbi Joseph B. Soloveitchik and Rabbi Dr. Isadore Twersky. With essays by contemporary scholars Rabbi Shalom Carmy, Rabbi Dr. Carmi Horowitz, Dr. Alan Jotkowitz, Dr. Yehudah Mirsky, Dr. Daniel Rynhold, Rabbi Dr. David Shatz, Rabbi Dr. Meir Y. Soloveichik, Yael Unterman, Rabbi Dr. Itamar Warhaftig, Rabbi Reuven Ziegler, and Rabbi Shlomo Zuckier. 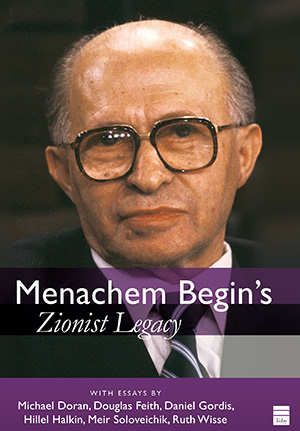 The Straus Center released its first print book—Menachem Begin’s Zionist Legacy—featuring brilliant and never-before-published essays by Michael Doran, Douglas Feith, Daniel Gordis, Hillel Halkin, Meir Soloveichik and Ruth Wisse. The collection aims to give fresh insight into the personal, political, and religious character of one of Israel's most remarkable and controversial figures. 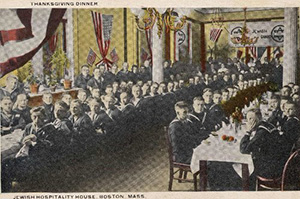 God’s Providence and the United States: A Thanksgiving Reader on Judaism, Thanksgiving, and the American Idea (PDF)

By Rabbi Meir Soloveichik, Director of the Straus Center

Much has been made in the media of the fact that the American holiday of Thanksgiving occurs this year on what is, for Jews, the first day of Chanukah. While this has provided much fodder for humorous remarks about “Thanksgivikah,” in fact, the convergence of calendars ought to inspire us to ponder how the Jewish penchant for expressing thanks and gratitude to God may have impacted America millennia later. As millions of Americans prepare to observe Thanksgiving, The Straus Center for Torah and Western Thought presents this essay, and the sources that follow, to help provide a framework for reflecting on the American holiday that is upon us, and on the Jewish ideas that may have inspired it. 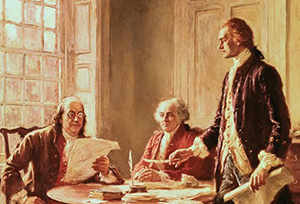 Throughout the academic year 2011–2012, the Straus Center been presented seminars and lectures on the subject of “Jewish Ideas and American Democracy.” Our goal is to bring classic Jewish texts into conversation with the foundational works of American political thought. In so doing, we consider the following questions: How did Jewish notions of politics, the social contract, and covenant impact the eventual structure and nature of the United States? How did the Bible figure in the debates about democracy and monarchy that took place during the time of America’s founding? In what way is the United States different from European democracies, and what is the role of religion in American public life? As a supplement to a discussion of Thomas Jefferson’s and John Adams’ views of religion in general and Judaism in particular, we present the following sources and articles to facilitate further reflection on the aforementioned questions. 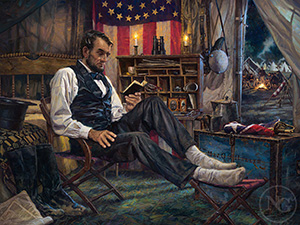 In the Valley of the Dry Bones: Lincoln’s Biblical Oratory and the Coming of the Civil War (PDF)

Co-authored by the Straus Center’s Resident Scholar, Dr. Matthew Holbreich, this article investigates Lincoln’s public use of the Bible before he became President of the United States. The rhetorical tropes of covenant, purification, sacrifice and rebirth illuminate a previously under-appreciated dimension of Lincoln’s Biblical oratory. A close study of those themes reveals a consistently radical and polarizing Lincoln from his early speeches (Lyceum and Temperance) to his late pre-Presidential ones (Peoria and House Divided). At the heart of this unity was an uncompromisingly moral vision of the Union. The article concludes with some reflections on the enduring importance of the Bible. 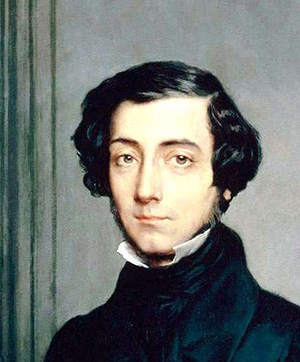 On Faith and Democracy as a New Form of Religion: A Few Tocquevillian Reflections (PDF)

This essay, co-authored by the Straus Center’s Resident Scholar Dr. Matthew Holbreich, draws upon and extends the pioneering work of Lucien Jaume on Tocqueville’s analysis of democracy as a new form of religion. The essay shows how the rise of individualism triggers a shift in the nature of religion in modern society by dint of which traditional attributes of religion such as hope, transcendence, and belief are transferred from the otherworld to democracy itself. An exploration of the tension at the heart of Tocqueville’s analysis of religion in America reveals a fresh light on the relationship between individualism, authority, and democratic religion. The essay stands to be published this year in Combining the Spirit of Religion and the Spirit of Liberty: Tocqueville’s Thesis Revisited, ed. Michael Zuckert (University of Chicago Press, 2015). 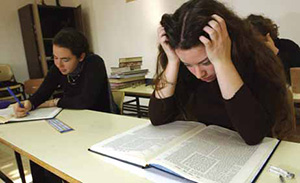 The Source of Faith Examined (PDF)

By Rabbi Dr. Aaron Segal, Assistant Professor of Philosophy at Yeshiva University and Director of the 2014-15 Straus Undergraduate Fellowship on Faith and Reason

Someone who wants to understand the content of Jewish faith can pick up nearly any article or listen to any number of sihot by Rav Aharon Lichtenstein, and find an illuminating treatment of some aspect of that issue. The same can be said of someone who seeks to know what being a ma’amin [believer] entails, what sort of intellectual stance and emotional attitudes are required in order to be a faithful Jew. But the same cannot be said of someone who asks, especially in light of everything else he knows and all the intellectual challenges he confronts as a religious Jew, whether he should or at least may have such faith. This essay explores how and why religious ethics, theology, and the phenomenology of faith figure prominently in R. Lichtenstein’s thought; whereas normative epistemology does not. 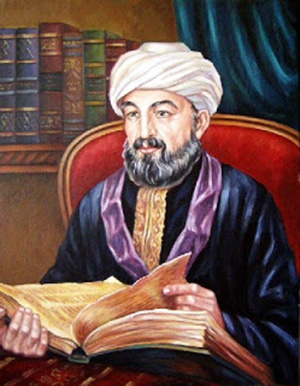 By Dr. David Shabtai, Director of the 2014-2015 Semikha Seminar on Jewish Perspectives in Bioethics

This essay explores the contrast between the states of tuma and tahara according to Maimonides, and whether there is any leeway with regard to Kohanim and the restrictions of Sof Tuma Letzet. Loosely translated as ritual impurity & purity, the concepts of tuma and tahara are far richer than their translated counterparts. Visiting the Temple, eating and even coming into contact with sacrifices, separating and handling teruma (priestly tithes) all demand a state of tahara. Being cognizant of one’s state required sensitivity to a plethora of detailed rules and regulations, many of which may appear somewhat foreign to modern students of halakha. Nonetheless, a full order of the Mishna is devoted to the many details and principles that govern such conduct. This essay explores one facet of these laws still practical in our time—Sof Tuma Latzet—its potential pervasiveness, and an argument for leniency in particular situations.