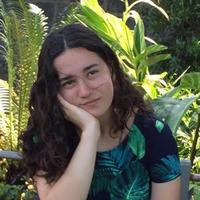 Ariel Greenwald recently completed a year of learning at Stella K. Abraham Beit Midrash for Women--Migdal Oz of Yeshivat Har Etzion located in the Gush Etzion region. She lives in Riverdale, NY and graduated from SAR High School. During her time at SAR, Ariel served as captain of the Model Congress team and captain of the junior varsity and varsity soccer teams. She also acted in several musical theater productions. Most notably, she participated in the "Witness Theater" program where high school students reenacted the wartime experiences of Holocaust survivors, creating an original dramatic production. Ariel has always been passionate about Israel advocacy. By participating in the Jewish Week's "Write-On For Israel" program, Ariel was able to build a strong understanding of the Middle East conflict and develop the tools to defend Israel. In addition to her extra curricular activities, Ariel was selected as a Tikvah Scholar and spent a summer at Yale attending lectures on topics ranging from Jewish choseness to political philosophy. Ariel continued in the Tikvah program during her year in Israel through the TIkvah Overseas Seminars program.  During the summers, Ariel enjoys bringing Jewish history and culture to life as a leader of experiential education at Camp Stone. 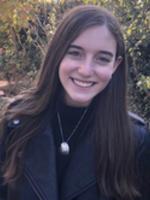 Abigail Pinchot grew up in Silver Spring, MD.  She graduated from Berman Hebrew Academy in 2018 and spent her gap year studying in Israel at Midreshet Torah V’ Avodah.  At Berman, Abby played on the volleyball and softball teams, won awards in national art competitions, was chosen to participate in a select Israel Advocacy course, and co-chaired the Annual Student Dinner (the largest extra curricular fundraising event in the school).  Outside of Berman, Abby served as a leader in Bnei Akiva and Zach, volunteered at Yachad (in Israel), created and sold her original artwork, and interned with Christina Ottaviano (fashion designer) in NYC. Abby is currently working on writing and illustrating an original children's book and plans to be a Liberal Arts major. 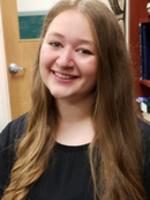 Eliana Wagner lives in Teaneck New Jersey and attended Ma'ayanot Yeshiva High school. While in high school, Eliana was  the head of her schools political action committee as well as on the board of the community service committee. During this time Eliana fostered a love of Israel advocacy, taking part in a two year Israel advocacy fellowship called Write On For Israel, serving as a member of the StandWithUs leadership council, and spending one summer interning at AIPAC. Eliana was recognized as an AP Scholar and also received the Lakeland Bank scholarship of academic excellence. In addition to political advocacy, Eliana is extremely dedicated to community service and took part in several missions to New Orleans to rebuild after hurricane Katrina and the floods of Baton Rouge. Additionally, she helped organize community donations for her schools annual midnight run and coordinate the annual pink day events. After graduating high school, Eliana spent a gap year studying in  MMY and now hopes to pursue a major in political science. 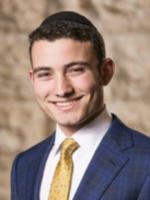 Yehuda Goldberg grew up in Passaic NJ. He attended MTA for High School, where he was captain of the mock trial and debate teams. He left High School early to begin college and learn in Rav Rosensweig’s shiur. He has spent several summers at the Tikvah, Witherspoon and Salvatori Institutes, where he has studied the thought of Leo Strauss, new natural law, and other topics in philosophy and religion. Yehuda recently spent two years at Yeshivat Har Etzion and looks forward to joining the Straus Scholars program as he returns to Yeshiva University to major in Philosophy and continue his Torah studies. 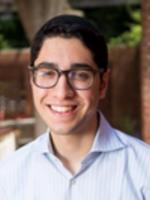 Noam Josse was born in London, United Kingdom.  When he was nine, his family moved to New York where he attended the Marsha Stern Talmudical Academy, graduating in 2017.  There, he was one of the founders of Polis, an academic student-run journal, and worked for the Israel club, leading lobby missions to Washington D.C.  In MTA Noam was awarded for success in English, and History.  During one of his summers Noam worked at a law firm in New York City.  Noam participated in the Tikvah High School Institute where he attended lectures on a variety of political, economic, and religious topics.  After graduating MTA, he studied in Yeshivat Sha'alvim for two years.  Noam is fluent in French. 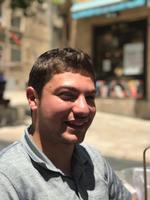 Ezra Wildes grew up in the Upper West Side of Manhattan, New York. He graduated from Yeshiva University High School for Boys in 2017, and went on to spend two years studying in Yeshivat Sha’alvim in Israel. At MTA, he served as the Co-President of the Yeshiva Fellowship, contributed to the Hatzioni Religious Zionist event planning club and publication, and was a part of the Debate Team. Ezra was a member of the Honors Society in MTA, and helped tutor underprivileged public school students in the Washington Heights Area. Additionally, he was an avid member of the Tennis Team and ran in the Jerusalem Marathon while helping to fundraise for Shalva’s new Nation Center in Israel. In the summers, he volunteered for Camp Simcha and was a madrich on NCSY Kollel. Ezra began his experience in the Straus Center as a senior in high school, taking Straus courses in philosophy. He participated in the College Fellowship program to contribute research in the analysis of Ancient Mesopotamian Legal Documents and their comparison in Biblical records. Ezra has always been deeply passionate about Torah Umaddah, and founded and directed the Torah Umaddah section of MTA’s intellectual publication, The Academy News. 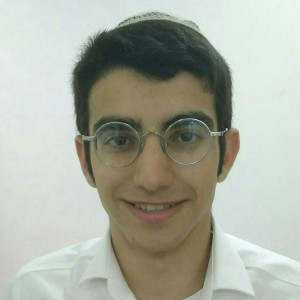 Baruch-Lev Kelman graduated from Maimonides School in Brookline, MA, and spent his gap year studying abroad at Yeshivat Birkat Moshe in Maaleh Adumim. At Maimonides, he served as captain of the Talmud Mishmar, co-captain of the robotics team, and acted in several school plays. Additionally, Baruch-Lev was annually invited to deliver a presentation on the architecture of the Jerusalem Temple to incoming Maimonides eighth graders. Baruch-Lev is also an Eagle Scout from boy scout troop 54 of Brookline, MA. His Eagle Scout project focused on preserving Holocaust silver artifacts at the United States Coast Guard Museum. As a Scout, Baruch-Lev received the National Jewish Committee on Scouting's Ner Tamid award and served as the senior patrol leader of his troop. He also received Maimonides School's 2017 Tanach Award. Baruch-Lev is fluent in Italian, studied Arabic in high school, and enjoys fencing. 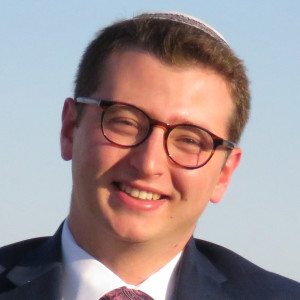 Elimelekh Perl grew up in Dallas, Texas. He and his family moved to New York in 2014, where he graduated from DRS Yeshiva High School for Boys. At DRS, he was captain of the mock trial team and the starting catcher for varsity softball. He was also recognized as an AP Scholar with Distinction, was awarded the National Merit Scholarship Commendation, and received the New York State Scholarship for Academic Excellence. During the summers he works with children with disabilities, having been a counselor in HASC and an Assistant Division Head at Camp Kaylie. His hobbies include Frisbee and fantasy football. Elimelekh recently completed two years of study in Yeshivat Har Etzion, and will be majoring in Computer Science. 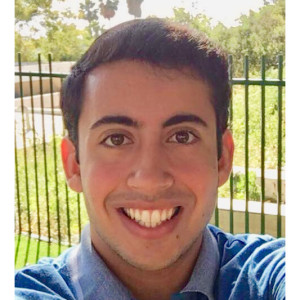 Avishai Samouha was born and raised in the heart of Brooklyn, NY. After spending a year at Yeshivat Sha’alvim in Nof Ayalon, Israel, Avishai decided to begin his journey at YU and The Straus Center. During his time at DRS Yeshiva High School for Boys, he was Senior Class President, Student Body Vice President, and was involved in many extra-curricular activities. In addition, Avishai was an editor for the DRS Star student publication, where he focused on articles pertaining to STEM and the area of science research. Throughout his four years, he participated and excelled in Science Olympiad competitions and obtained several awards, including the AP Scholar with Distinction award. 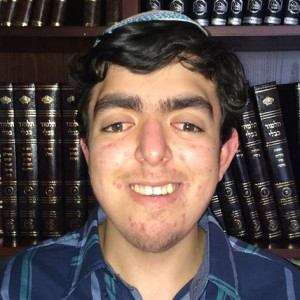 Michael Weiner graduated from Kohelet Yeshiva High School in 2016, and then spent the next year and a half studying Gemara and Tanach at Yeshivat Har Etzion in Israel. During the last several summers, he served as a research assistant for various professors in the field of Jewish Studies, translating and analyzing the halachic works and personal correspondence of several important 19th century rabbinic figures. He is currently a writer for the website Patheos, an online compendium of blogs featuring diverse voices on religion and modern life, where he offers a Modern Orthodox take on our contemporary culture and politics. 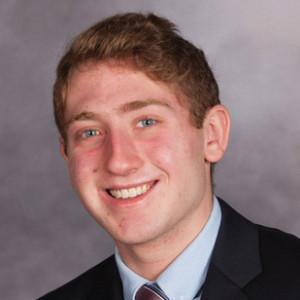 Benjamin Atwood recently completed two years of study at Yeshivat Har Etzion in Alon Shvut, Gush Etzion. He lives in Teaneck, New Jersey, and graduated from Frisch High School. While at Frisch High School, Benjamin volunteered as editor-in-chief of Frisch’s weekly Torah publication and continued to serve as an alumni editor after graduating. Benjamin was also selected as a Tikvah Scholar, during which time he participated in a series of lectures on Jewish thought, and was also a Hebrew and Judaic studies teacher at the Jewish Youth Encounter Program. Benjamin published original research in Frisch’s Bible Scholarship Journal and was the Har Etzion representative for the Religious-Zionist slate in the World Zionist Congress election. In addition to his talmud Torah and Jewish studies pursuits, Benjamin served as co-captain of his high school debate team, was co-founder of Frisch’s acapella group, served as head gabbai and ran track. 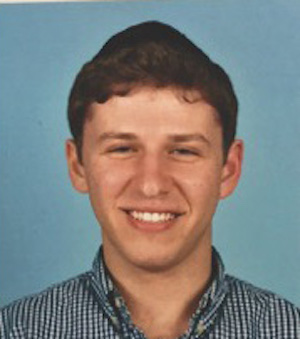 Jonathan Fenster recently completed two years of study at Yeshivat Shaalvim in Nof Ayalon, Israel. He lives in Lawrence, NY, and graduated from DRS Yeshiva High School for Boys. While at DRS Yeshiva High School for Boys, Jonathan was a member of the debate team and captain of the football team. He was also awarded the school’s DRS 2013 Torah Growth Award and the 2013 AP Scholar Award. Jonathan enjoys volunteering and has dedicated his time volunteering for Chai Lifeline, as well as participating in the Hurricane Sandy Relief Committee. Jonathan also served as Minyan Director at the Young Israel Lawrence-Cedarhurst. For his achievements, Jonathan has been awarded the Young Israel Lawrence-Cederhurst Teen and College Minyan Award and the 2014 Certificate of Merit from the Nassau County Executive. 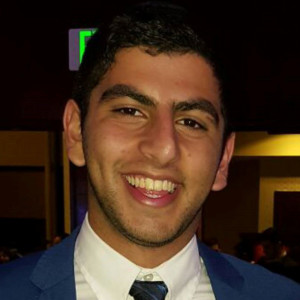 Eliott Dosetareh was born and raised in Atlanta, Georgia. He came to YU directly after studying for one year abroad in Israel at Yeshiva Sha’arei Mevaseret Tzion. He attended Jewish day school his entire life, and graduated from the Atlanta Jewish Academy (AJA) high school as a part of the Class of 2015. Throughout his high school career, he found his passions in various fields of interest--ranging from Israel advocacy and student government to volunteer work and self-driven projects. Eliott served as president of the Israel Advocacy club in his high school. He was also on Student Government in his junior year. Developing a particular interest by working with the Friendship Circle early on, Eliott has gone on to work in special needs sleep-away summer camps previous three summers, including work at both Camp Living Wonders (NC) and Camp Kaylie (NY). During his sophomore year, Eliott spearheaded and oversaw a project to bring a Better World Books donation drop-box to AJA, which saw the donation of over 2,000 books that went directly towards assisting Global Literacy partners, namely, Books for Africa, in the effort to spread the importance of literacy awareness in school, the local community, and the broader world. At the end of his junior year, Eliott was the student-recipient of the University of Pennsylvania Book Award. Outside of the classroom, Eliott continued his passion for Torah reading, serving as a Hebrew and Bar-Mitzvah tutor in his community and also enjoyed playing on the Varsity basketball team from his freshman to senior year. As a freshman at YU, Eliott is currently deciding upon a major, but is considering study in Psychology and Biology and perhaps a minor in the Humanities.