Skip to main content Skip to search
Office of the President

Office of the President 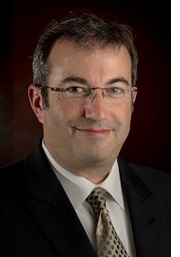 Under his visionary leadership, Dr. Berman has laid the foundation for the next great era of Yeshiva University.

Through a bold academic plan, he has articulated a new business model with investments in key areas such as science and technology, entrepreneurship and innovation, values and leadership and market ready graduates with great jobs and impactful careers. During his tenure, the university has introduced over 20 new graduate degrees in emerging fields including artificial intelligence, cyber security, physician assistant, biotech management, real estate management, special education, marriage and family therapy, MBA and Masters in Holocaust and Genocide Education. He spearheaded efforts to establish new academic centers such as the Emil A. and Jenny Fish Center for Holocaust and Genocide Studies. These efforts have produced significant growth in enrollment as well as in philanthropic gifts including funding for the Shevet Glaubach Center for Career Strategy and Professional Development, the Innovation Lab, new physician assistant and occupational therapy labs as well as state of the art computer science labs. Under his leadership, Yeshiva University has rose 29 places in the U.S. News & World Report.

Dr. Berman is widely published in outlets such as Forbes, Newsweek, and the Wall Street Journal. A gifted leader, scholar, and orator, Dr. Berman graduated with distinction from four of Yeshiva University’s schools. He earned his B.A. from Yeshiva College, his M.A. in Medieval Jewish Philosophy from the Bernard Revel Graduate School of Jewish Studies, and his rabbinical ordination from the Rabbi Isaac Elchanan Theological Seminary (RIETS). His studies also included two years of learning at Yeshivat Har Etzion in Israel, under the tutelage of the seminal Jewish thinker and leader Rabbi Dr. Aharon Lichtenstein. After making aliyah to Israel in 2008, Dr. Berman completed his higher education with a Ph.D. in Jewish Thought at the Hebrew University of Jerusalem, supervised by renowned philosopher Professor Moshe Halbertal.

Dr. Berman has a broad range of distinguished experience in the worlds of higher education and Jewish communal life. He led The Jewish Center in New York City as its Rabbi, served as Instructor of Talmud at Yeshiva College and Herzog College, served on the executive council at Herzog College and was chief executive (Rosh ha-Merkaz) of Hechal Shlomo – Center of Jewish Heritage in Jerusalem.

Dr. Berman is an active and erudite spokesman for the Jewish community. He lectures widely throughout the U.S. and Israel and has written numerous articles on subjects addressing contemporary Jewish thought, modern philosophy and trends in higher education. He is married to Anita Berman and they have five children.