Dr. Boaz Kahana Z"L ‘55IBC. A lifelong student of classical Jewish Texts, Boaz saw the wisdom of the Rabbis in the analysis and treatment of psychological distress, whether caused by ordinary events or extreme trauma. Boaz was a regular at synagogue services and was a good friend to many fellow congregants. Boaz married Eva Frost, who was a Holocaust survivor and immigrant from Hungary. Together they raised two sons: Jeffrey b. 1967, and Michael b. 1969. Boaz collaborated with his wife, Eva, on many scientific projects. His sons followed in his footsteps, becoming professors. Boaz loved traveling and learning foreign languages and made friends wherever he went.

OU Press Published a new Sefer by Rabbi Dr. Norman Lamm '49YC, '51R, '66BR entitled Torah Beloved: Reflections on the Love of Torah and the Celebration of the Holiday of Matan Torah. 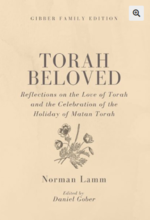 Among The Remnants: Josh Gortler's Journey, Co-authored by Josh Gortler ‘54MTA, ’58YC, ‘60WSSW, ‘14DHL. “From the refugee camps of war-torn Europe during the Holocaust to a distinguished professional career in America, Among The Remnants tells the story of one young man’s courage and determination to not only survive but thrive”

Dr. Bernard Lichstein Z"L was a devoted husband, loving father, adoring zaidy, favorite uncle, and dedicated friend. A talented painter and voracious learner, he sought to understand Hashem's world. A scientist and inventor, he developed products for wound and health care. His family established a campaign to raise funds for United.

Judah Lifschitz ‘74YC was recognized in the 2021 edition of The Best Lawyers in America by U.S. News & World Report's in the area of construction law

Daniel Klein '75YC published Shadal on Genesis: Samuel David Luzzatto's Interpretation of the Book of Bereshit was published by Kodesh Press in November 2019. The second edition of a work originally published in 1998, the book is a translation of Shadal's original Italian and Hebrew, with explanatory notes and information on Shadal's sources, including new and newly available data and reflecting the latest Shadal scholarship.

Rabbi Yeshaya Fruchter '90YC has published a 2-volume work on daf yomi in memory of his father, Harav Shmuel Aharon Fruchter. Entitled Chizuk Shmuel, the aim of the sefer is to make daf yomi study transformational by identifying a topic on each daf in Berachos and Shabbos, and using it as a springboard to develop mussar and hashkafic insights. The thesis is that, along with classics like Mesilas Yesharim and Chovos Halevavos, Gemara study can also serve as a daily source of mussar, hashkafah, and chizuk. 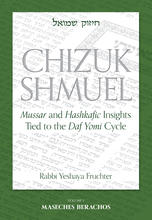 Benson Stone '90YC on his engagement to Marlena Humphries.

Eli Shoshani '95YUHS, '99YC wrote an article titled, “Remembering Ratner’s: An Ode To Onion Rolls," for The Jewish Week. The article is based on a book he is completing, about his experiences working at The Lower East Side's iconic Ratner’s Restaurant. The article was shared 3.2K times in the first week since being published online.

Rabbi Saul Haimoff '09YC Co-authored newly released book titled "Handbook of Torah and Mental Health ", which is published by Mosaica Press and distributed by Feldheim. It features over 50 Torah sources and connects them to modern mental health ideas, and supported by peer reviewed research.

Esther and Yitzy Frankel '13YC, '18SB on0 being honored as the Dor Chadash Honorees at the Beth Jacob of Beverly Hills 2020 Gala.

Please select a past edition of Alumni Class Notes:

Want to share an announcement with fellow YU alumni? Submit a Class Note by filling out this online form.