Over the past few years, Israeli television and film has won over international audiences at an unprecedented scale. Despite the fact that the country’s commercial tv industry is only some two and a half decades old, and its cinema was for many years dismissed as unserious, Israeli television and film now garner international awards, are regularly optioned across the globe, and have achieved global reach through adaptations by major US-based production houses, and wide distribution, especially through streaming platforms like Netflix, Hulu, and Amazon.

This success is all the more remarkable when we consider the size of the Israeli market, the challenges of the Israeli political situation, and the specificity of Jewish and Israeli culture. What are we to make of the growing popularity of the Israeli audio-visual industry and its surprising translatability across the globe? 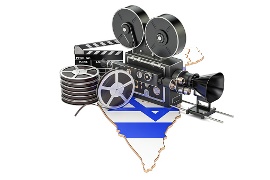 The Basics: What does the Israeli film and television industry look like?

The Israeli Film Industry – S. Abraham Ravid, Sy Syms School of Business. Like most regional industries, Israel cannot possibly crack the international film industry, based in the US. At the same time, the country is a recognized destination for film festivals, and has a growing reputation, primarily due to its successful television industry.

Exporting Israel to the World Through Television – Hannah Brown, The Jerusalem Post. Adam Berkowitz, a co-head of television at Creative Artists Agency who has purchased Israeli hits for American television, offers three reasons for the international success of Israeli television.. 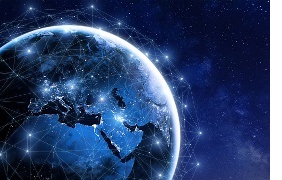 How a Tiny Israeli TV Company Became an International Media Player – Noah Smith, Fortune. The story of Keshet Media, a small Israeli media company, and how it achieved considerable international success through early experience with streaming, and by taking risks and flouting industry conventions. 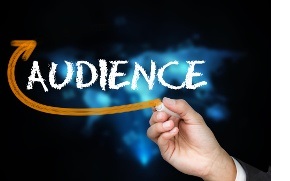 Marginalia – Elli Fischer ('98YC, '01A) and Shai Secunda (‘08BR), The Jewish Review of Books. The Israeli film, “Footnote” tells the rarified story of Jewish studies scholars in the Hebrew University Talmud department, and in so doing demonstrates how marginality and universality can converge.

Shababshubap – Shai Secunda, The Jewish Review of Books. Haredim appear more frequently than ever on Israeli television. A brand new series called “Shababnikim” tells the story of four ultra-Orthodox yeshiva students and takes a light approach to some considerable rifts in Israeli society.

How Do You Make a TV Show Set in the West Bank? – David Remnick, The New Yorker. “Fauda,” a thriller about an Israeli special operations unit in the West Bank, goes where no Israeli series had gone before in terms of humanizing the Israeli-Palestinian conflict. Recently streamed on Netflix, this article takes on thorny questions of politics and aesthetics, and what it means to create art from an ongoing human tragedy.

On Campus: Israeli Film and Television at YU

Israeli Life and Society through the Cinema – a Yeshiva College spring 2018 course taught by Eric Goldman, adjunct professor of cinema, examines how Israeli cinema provides intimate insights into the dynamic nature of Israel and its diverse people. In conjunction with the course, Goldman will deliver a lecture titled “Lens of Israel: A Society Through its Cinema” in memory of Rivka Weiner, former member of the Hebrew faculty of Stern. The lecture is part of the Spring Arts Festival and will be held on the evening of April 25 at the Beren Campus. For more information on this event, please email lidovsky@yu.edu.

The YU Center for Israel Studies is in discussions with the New Fund for Cinema and Television (http://nfct.org.il/en/) to create a large scale documentary on the Samaritans— the living community, its history and culture.  This documentary will be the focal point of a major exhibition on this biblical people organized by YU Museum and opening in 2020. “We are very excited to partner with NFCT,” said Professor Steven Fine, director of the Center for Israel Studies and Churgin Professor of Jewish History. NFCT is a major force in Israeli film today.  This relationship will result in a spectacular documentary, a great exhibition, and amazing opportunities for YU graduate and undergraduate students.  Stay tuned!”

Yeshiva University Museum in partnership with YU’s Center for Israel Studies and in conjunction with the Arts Festival, will be presenting the following two exhibitions this spring:

Exhibition of Israeli Posters
In celebration of Israel’s 70th anniversary, this exhibition will feature a broad selection of original posters produced in Israel from before statehood to recent times. The posters represent the popular and public face of Israeli commerce, culture, fashion, religion, politics and the military life. The exhibition will present well-known and rare posters showcasing a wide range of designs, styles and formats. Scheduled to open in April 2018, the exhibition will draw on the rich holdings of Yeshiva University Museum and the YIVO Institute for Jewish Research.

Programs of Israeli Music
In partnership with MusicTalks, Yeshiva University Museum will present a series of three public programs featuring icons of Israeli music in the 20th century. The concerts will feature the music of:

Curated by cellist Elad Kabilio, who will be accompanied by an ensemble of elite Israeli musicians from MusicTalks, the concerts will intersperse music by or inspired by each of these figures with stories and background about the songs and artists. Each program will bring to life the richness of Israeli culture through beautiful music and insightful commentary.

Israeli Songbook: The Music of Naomi Shemer
Tuesday, February 13, 7 p.m.
Experience the music of Naomi Shemer, the “First Lady” of Israeli song and poetry, through a live performance by Elad Kabilio and an ensemble of musicians from MusicTalks. Interspersed with stories and historical background, the program is part of Yeshiva University Museum’s series musically celebrating Israel @ 70.
Tickets: $15 general; $10 seniors, students; free YUM members and YU students, faculty, staff and alumni. For reservations, go to www.yumuseum.org/programs

Israeli Songbook: The Life and Music of Arik Einstein
Thursday, February 22, 7:00pm
Celebrate the music and life of Arik Einstein, “the voice of Israel” and a pioneer of Israeli rock music, through a live performance by Elad Kabilio and an ensemble of musicians from MusicTalks. Interspersed with stories and historical background, the program is part of Yeshiva University Museum’s series musically celebrating Israel @ 70.
Tickets: $15 general; $10 seniors, students; free YUM members and YU students, faculty, staff and alumni. For reservations, go to www.yumuseum.org/programs

Israeli Songbook: The Songs of Rachel and Leah
Monday, March 19, 7:00pm
An evening of music inspired by Rachel Bluwstein and Leah Goldberg, two of Israel’s greatest 20th-century poets, through a live performance by Elad Kabilio and an ensemble of musicians from MusicTalks. Interspersed with stories and historical background, the program is part of Yeshiva University Museum’s series musically celebrating Israel @ 70.
Tickets: $15 general; $10 seniors, students; free YUM members and YU students, faculty, staff and alumni. For reservations, go to www.yumuseum.org/programs 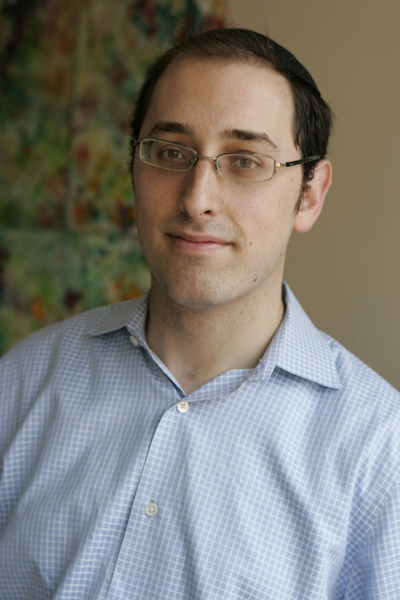 Shai Secunda is the Jacob Neusner Associate Professor of Judaism at Bard College, where he teaches in the Religion program. His research focuses on classical Judaism and its interactions with other religions, and on the Iranian context in which the Talmud was composed. He writes regularly on Jewish scholarship and Israeli popular culture for the Jewish Review of Books.