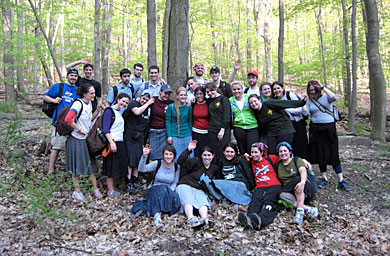 The Yeshiva University Environment/Energy Club, founded in 2007, began with a few individuals who had a common interest: The environment. They informally discussed the efforts that each had taken to green their communities but believed that their combined efforts could affect YU on a much larger scale.

Now, the Club coordinates all of the student-run environmental efforts taking place on the Wilf (Washington Heights) and Beren (Murray Hill) Campuses of Yeshiva University.

Through funding from the Student Council, the Environment/Energy Club has increased awareness and heightened understanding on the ecological issues that affect our planet today.