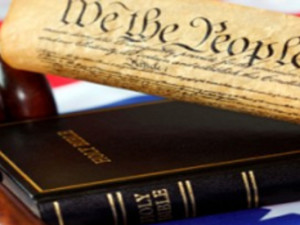 This fall 2016 the Straus Center’s Director, Rabbi Dr. Meir Soloveichik is teaching Judaism and Democracy to Yeshiva College Honors students.The Straus Center’s Resident Scholar Dr. Mathew Holbreich is teaching a parallel course on the Beren campus to Stern College Honors students. The Judaism and Democracy course brings classic Jewish Texts about government into conversation with the foundational works of American political thought. In doing so, students consider the following questions: How did Jewish notions of politics, the social contract, and covenant impact the eventual structure and nature of the United States? How did the Bible figure in the debates about democracy and monarchy that took place during the time of America’s founding? What tensions exist between the notion of religious authority and the modern conception of personal autonomy? In what way is the United States different from European democracies, and what is the role of religion in American public life?