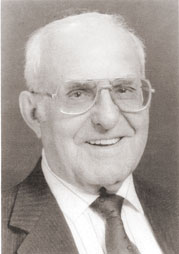 Born in Vysock, Rabbi Romm--orphaned of his father while yet an infant--nonetheless became known as an illui while still a young boy. From Vysock he traveled to Slonim to learn under Rabbis Shabsai Yogel and Fain zt 'l. There he met another illui, a young boy named Samuel Belkin who was also bereft of his father, and, for a time, they literally shared a bed and a pair of shoes.

After Slonim, Rabbi Romm studied under Rabbi Horowitz zt”l, founder of the Navardok Mussar movement, and then under Rabbi Aharon Kotler zt'l in Kletzk. Subsequently he attended the yeshiva in Mir where he received semikhah from Rabbi Kamai zt”l and where he established a close friendship with the famed mashgiach, Rabbi Yeruchem Lebowitz zt”l.

His reputation at Mir led to a shidduch with Kala Eisenbod, the daughter of the Rabbi of Vasilishik. Rabbi Romm traveled with the Mir Yeshiva during its remarkable journey to Shanghai, but left the yeshiva and went to Israel in 1942. He lived there until 1948, when he was invited to teach at Yeshiva University.

Rabbi Romm gave shiurim at the highest level there until his passing. During this time healso served as the rabbi of Congregation Noda B'Yehuda in Washington Heights, NY, and was a leading Torah adornment of Mizrachi

Renowned for his sweeping knowledge of Torah and no less recognized for his great ethical character, Rabbi Romm represented to his students the ideal of rebbe. To others he was known as an orator par excellence and gomel chesed. Acquaintance, talmid, and friend of many of the century's leading talmidei chachamim, he incorporated within him the wisdom and ideology of each of the gdolei Yisrael with whom he learned into a comprehensive whole.