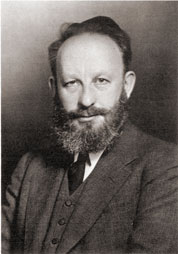 Born in Pren, Kovno, Rabbi Revel studied at the yeshiva of Telshe under Rabbi Eliezer Gordon zt”l and Rabbi Shimon Shkop zt”l. Afterwards he traveled to America and studied linguistics and the sciences. At age 20, he earned a Ph.D., the first awarded by Dropsie College in Philadelphia.

He was recognized as an extraordinary genius, as well as an innovative thinker. He wrote chiddushei Torah and published some of them in the journal Yagdil Torah, edited by Rabbi Tomashav zt”l from 1916-1920.

In 1915 he was appointed president of Rabbi Isaac Elchanan Theological Seminary, which had just combined with the Etz Chaim Yeshiva. He put his efforts into expanding the Yeshiva and attracting the gaonim of the generation as its roshei yeshiva. In 1922, he brought the Meitscheter Illui, Rabbi Shlomo Polachek zt”l, to the Yeshiva. After Rabbi Polachek passed away in 1928, Rabbi Revel brought Rabbi Moshe Soloveitchik zt”l to succeed him. He was also successful in bringing Rabbi Shimon Shkop zt”l to give shiurim at the Yeshiva for a year. Rabbi Revel also gave regular shiurim there.

In addition, he was among the leaders of the Agudath Harabbonim of America, and one of the founders of Ezras Torah. He was active in Mizrachi and helped in the arrangement of the encyclopedia Otzer Yisroel.