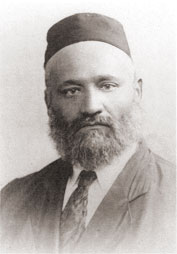 Rabbi Shunfenthal was sent by his father, a poor tailor, to study at the yeshiva in Slonim where he became known as an illui. After receiving semikhah, he was appointed ram in the yeshiva of Baronowitz where he remained for many years. He came to America in 1927 and was almost immediately appointed a rosh yeshiva at Rabbi Isaac Elchanan Theological Seminary.

He taught hundreds of students who were influenced by his honesty, righteousness and simplicity. His love for his students was evidenced by his willingness to continue teaching in the Yeshiva during the summer months without remuneration. He was an extraordinary darshan and lectured in many synagogues throughout the city. He remained at the Yeshiva for 28 years until his death.