Katz School of Science and Health

Quantitative Economics faculty members are active researchers working on issues spanning macro and micro economics, at both the theoretical and empirical levels. Our faculty publish work in prestigious international scientific journals, such as International Economic Review, Econometrica, Quarterly Journal of Economics, Review of Financial Studies, Journal of Economic Theory and Journal of Mathematical Economics. They also participate in study groups and co-organize conferences sponsored by the NBER, the Cowles Foundation, and other institutions of international renown.

Ran Shao, PhD, Associate Professor of Economics and Director of the MS in Quantitative Economics Program

Ran Shao received a bachelor’s degree at Fudan University in Shanghai, China and then a PhD in Economics at Arizona State University. During his doctoral studies, Arizona State University awarded Dr. Shao with the Barchilon Award for Outstanding Research. His strongest interests in research include contract theory and search and matching, and most recently, Dr. Shao has taught both Mathematics for Economists and Microeconomics at Yeshiva University.

Dr. Citanna has a PhD in Economics from the University of Pennsylvania and a Laurea in Economics and Social Sciences at Bocconi University, Milan, Italy. He started and directed the Quantitative Economics and Finance program at HEC-Paris and Ecole-Polytechnique, where he taught for over ten years. He has also taught Economics at Columbia Business School and the Tepper School of Business at Carnegie Mellon University, and Finance at McGill University in Montreal. Dr. Citanna has published widely in top scientific journals, including Econometrica and the Journal of Mathematical Economics, where he currently serves as co-editor. In 2016, he was given a project grant from Alliance Columbia U-Paris I-Ecole Polytechnique and in 2006 he was awarded a grant by the National Science Foundation. The University of Pennsylvania and HEC-Paris awarded him a series of prizes and fellowships since 1993 for outstanding teaching and scholarship.

Dr. Grivoyannis has held a position as an associate professor of economics at Yeshiva University since 1999. He has spent more than 20 years teaching more than 40 courses in areas such as financial economics, mathematical/quantitative analysis methods, and international economics at both the undergraduate and graduate levels. Additionally, Dr. Grivoyannis spent time working as a financial consultant. He received a master’s degree in economics from Fordham University, and a Master of Philosophy and PhD in Economics from New York University.

Dr. Hashimoto earned a PhD at Stanford University after earning both a bachelor’s degree and master’s degree at the University of Tokyo. As an academic professional with research and teaching interests in game theory, mechanism design, and microeconomic theory, Dr. Hashimoto has most recently taught both Auctions and Market Design and Game Theory at Yeshiva University. Additionally, Dr. Hashimoto has published work in journals Econometrica and Theoretical Economics.

Dr. Khan has maintained the role of chair of the Department of Economics at Yeshiva University since 2009. Before joining Yeshiva, he held positions including vice president of the research department at the Federal Reserve Bank of New York, as well as professorships at the University of Rochester, Yale University, and New York University, among others. Dr. Khan earned a bachelor’s degree in Economics at Harvard University and a PhD in Economics from the Massachusetts Institute of Technology.

Dr. Kun Ho Kim received his PhD in Economics from the University of Chicago in 2009. After the completion of his PhD, he taught at Michigan State University and at the University of Iowa. He joined the Katz School as an assistant professor of economics in August 2019. Dr. Kim's research focuses on the intersection of econometrics and asset pricing. 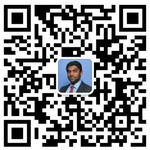